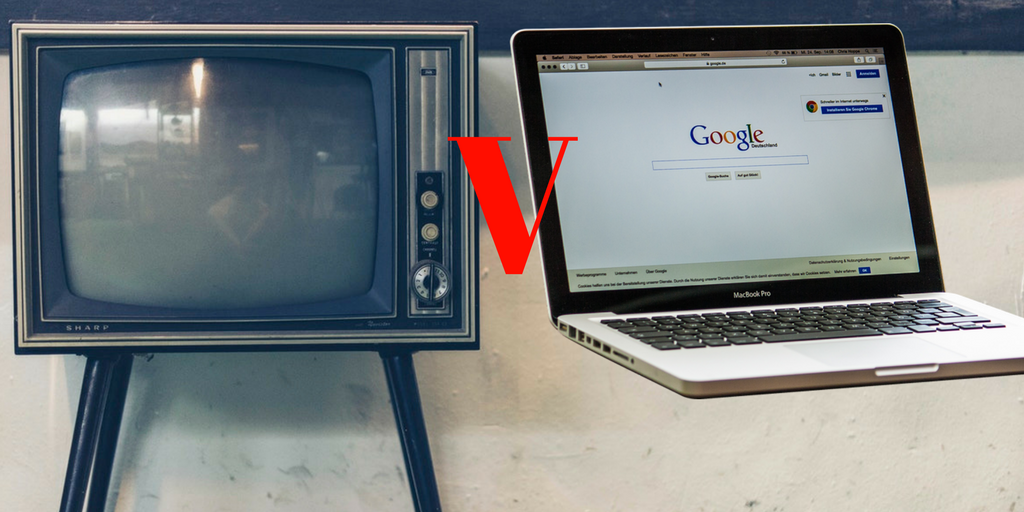 “The tsunami of bullshit that is digital video continues to head inland, threatening to subsume TV advertising and much of the marketing hinterland in 2017. The bullshit comes not as one single giant flood, but in a series of intermittent waves. Each containing slightly more sewage than the last. Each arriving without challenge or counter from the marketing community. Each biasing marketers against so-called traditional media and in favour of new, hot ‘digital’ alternatives.” – Mark Ritson

The rise of digital video has been meteoric. Marketers have rushed in droves to utilise it in their strategies. But is all the fawning over digital video, often at the expense of TV, well placed?

As you might have guessed from the inclusion of Mark Ritson’s expletive-ridden quote, many experts don’t think digital video is quite all it’s cracked up to be.

Indeed, often the statistics issued by digital sources are skewed to position digital as the present and future of video, yet Ritson was able to see through the multitudinous bovine faeces to get to the real facts marketers need to know.

Using the case study of the US election, Ritson has noted that Buzz Feed (a digital publication) boasted post election that it was the:

Buzz Feed did amass a respectable 6.8 million followers during the coverage, which led a number of publications to hail their work as a victory for digital video.

The problem here is that TV was still far more effective than digital video. The reporting shouldn’t have focused on Buzz Feed’s impressive figures but how far behind digital video is in comparison with television coverage.

The problem with Buzz Feed’s 6.8 million viewers is that it’s based on skewed metrics. A viewer, in the digital scenario, is anyone who has watched the video for longer than 3 seconds – barely enough time to notice Trump’s toupee.

Ritson also breaks down those 6.8 million viewers further into more manageable and fair metrics, namely based on the audience per minute.

When looking at audience per minute, Buzz Feed viewers clock in at a meagre 165,000.

Let’s compare that to the 71 million Americans watching prime time TV. Over 13 million of whom were tuned into CNN.

So for every one person watching the coverage on Twitter, there were 80 watching on CNN, 73 watching on Fox and 67 on NBC.

Buzz Feed’s viewership, when put into perspective, is truly humbled by the figures television is able to amass.

It doesn’t even compare, there is no debate here.

But the millennials we hear you shriek. They are, after all, the future and what were they watching?

83% of Twitter’s audience was composed of those under the age of 35, equating to 137,000 millennials in total.

CNN, on the other hand, attracted 3.2 million millennials to its coverage.

Could It Be An Anomaly?

Ok, so you’re now clawing at the bottom of the barrel.

Was the election a one-off?

No, is the short answer.

I’ll let Ritson explain this one with a few further case studies:

We saw it during the Olympics when NBC boasted 3.3 billion streams of its digital coverage of the Olympics and tried not to admit this equated to only about 3% of the audience when it became a proper per-minute measure. And we are seeing it with American football, where Twitter’s much heralded broadcasts of NFL games are achieving average audiences of 250,000 compared to the 15 million sad losers who did not get the memo and continue to watch the games on their TV.” – Mark Ritson

Digital is undoubtedly a useful medium and video works well across numerous platforms but in regard to audience size and coverage it is still a long way off competing with TV.

Unless, it seems, they are produced by digital companies with self-serving interests.

6.8 million viewers doesn’t sound so impressive when you put it into the context of-

What is impressive is that TV hasn’t faltered, people continue to choose the medium as their preferred choice for live coverage and it’s time for marketers to follow suit.

Look at the metrics that matter, not the veneer of faux facts that have pulled the wool over your eyes!

It’s time to get back on TV, The Living Room can help. Get in touch with us today for friendly and expert advice.